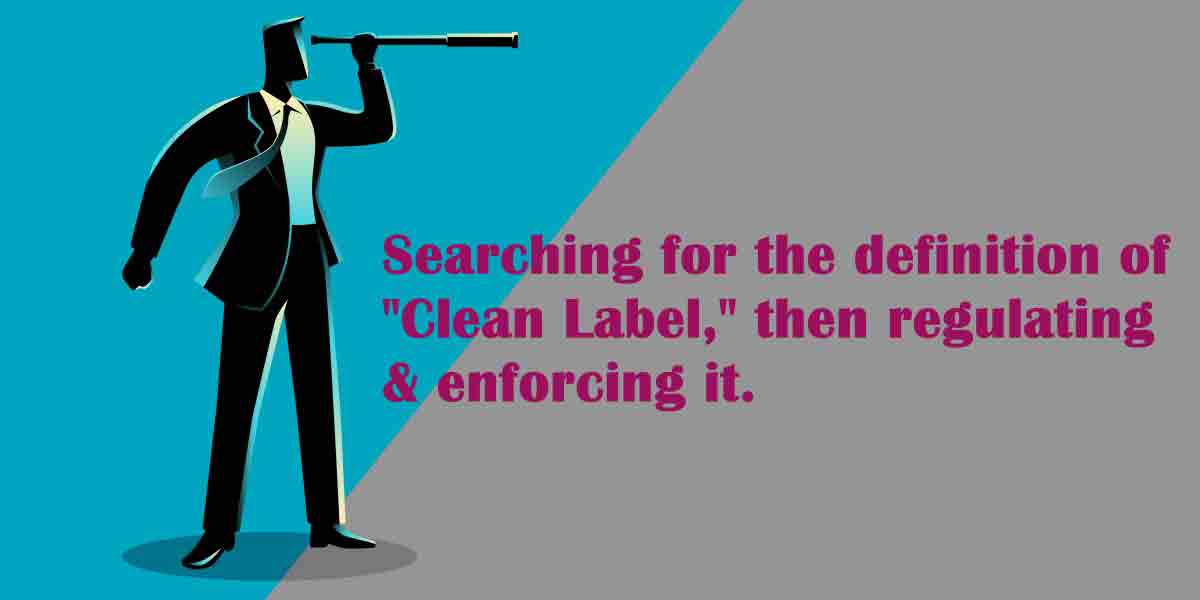 September 16, 2015 – Coming clean with clean label, but does clean label mean? Catherine Adams Hutt, Ph.D., RD, CFS, Principal at RdR Solutions, and Chief Science & Regulatory Officer at Sloan Trends, stated simply that there currently is no regulatory or legal definition, nor are there enforcement concerns. Adams Hutt sorted through the current state of various industry terminology in her presentation “Coming Clean: What Clean Label Means for Consumers and Industry.”

“The term is defined by the consumers and stakeholders,” she said, citing retailers, like Whole Foods, Safeway, Trader Joe’s and Kroger, which all have concrete definitions. Groups like Clean Label Magazine and certain ingredient vendors have als offered definitions, including banned ingredients and processes.

There’s likewise no regulatory definition for “natural,” although the FDA has been clear in its expectation. FDA’s website states, “It is difficult to define a food product that is ‘natural,’ because the food has probably been processed and is no longer the product of the earth.” That said, the agency hasn’t objected to the use of the term if the food contains no added color, artificial flavors or synthetic substances.

Conversely, USDA reviews meat and poultry labels with the term “natural” on virtually a daily basis, and approves or disapproves labels according to their labeling standards. The USDA issued industry guidance in 2013 by stating it allows “agricultural materials that are chemically changed due to allowed agricultural processing methods (e.g., cooking, baking, etc.)” to be classified as natural, but “heating or burning of non-biological matter to cause a chemical reaction” will be considered synthetic. It also states that natural foods cannot be transformed into a different substance via chemical change; altered into a form that doesn’t occur in nature; or separated/isolated/extracted using synthetic materials.

The “natural” claim is the most controversial and has been enforced primarily through civil lawsuits. Companies have been sued by special interest groups and competitors for labeling products as “natural” when they contain ingredients including GMOs, erythritol, maltodextrin, HFCS, sodium benzoate, synthetic ascorbic acid and hydrogenated oils, among others.

Coloring and preservatives are worth noting, too, because—though they can be natural (e.g., beets, vinegar)—they aren’t permitted in a “natural” labeled food product but are allowed in a “clean label” one. One approach to achieving natural status for a product that uses acidulants, for example, is to use the ingredient for flavoring, Adams Hutt said. Citric acid can be used to add flavor– and may have antimicrobial properties—but that is not the purpose for which it is used.

The slope gets even more slippery when comparing organic and clean label. The National Organic Program (NOP) allows the use of some compounds for “organic” foods that might not be considered to be “clean label,” such as potassium bicarbonate, ammonium bicarbonate, calcium hydroxide and xanthan gum. Of the three terms, “organic” is the most clearly defined and regulated. The NOP heads that charge and doesn’t permit bioengineered ingredients (GMOs).

“The simplest way to differentiate the terms,” Adams Hutt noted, “is that ‘organic’ pertains to a food’s origin, and ‘natural’ is what happens after it’s grown or made.”

A few ingredients have been blacklisted from ingredient lists simply due to “bad PR,” in Adams Hutt’s estimation. In the case of carrageenan, a researcher at the University of Illinois in 2008 claimed it degrades into toxic poligeenan, promotes inflammation and increases the risk of disease. These allegations have not been proven in humans, and the FDA officially rejected a petition in 2012—with the United Nation’s Food and Agriculture Organization (FAO) and World Health Organization (WHO) likewise verifying the safety of carrageenan—but this doesn’t stop the historical negative public communications.

Meanwhile, xanthan gum, which could be considered a “natural” ingredient due to its origin and processing, has been blacklisted by Whole Foods, Safeway and Kroger, simply because of its “chemical-resembling” moniker.